A Surreal Adventure Nearby 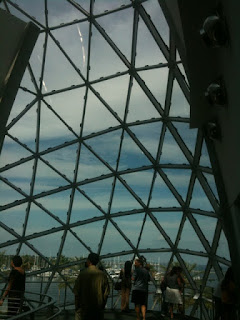 After spending time in Dalí´s home country of Spain (well, Catalonia, really), it is interesting that we only have to go a short distance from home to see one of the best (if not the best) collections of his works. Not that odd, I suppose, since the U.S. was his adopted home during the war years and he deeply identified with the innovation and discovery he saw and experienced here. During this time, he and Gala befriended the Morses, a couple who became not only friends, but serious collectors. It is thanks to them (and the locals who helped eventually bring the collection here for its permanent home) that we in the Tampa Bay area can enjoy a world-class collections of Dalí´s work. You can read more about the history of the collection and museum at the museum site here.

We had been to the museum before, but it has moved to a new home and we wanted to see the building as well as view the collection now that we have more context of Dalí's homeland and influences. It means a lot more to view his paintings of Cadaques after seeing the beachfront in Catalonia and to hear about his admiration for Velasquez after viewing many of his works at the Prado. And, with the complexity of Dalí, you could visit many times and discover something new each time, to say nothing of rotating exhibits and new features.

The new museum is a truly worthy home for this collection. Dalí would have appreciated the building's and grounds' aesthetic. Set on the waterfront, it is a beautiful area to enjoy, rivaling the seafront towns where Dali spent much of his time in Spain. The collections are housed in two wings divided by a stunning circular staircase and wall of over 1,000 glass triangles known as the Glass Enigma. Lennie Bennett of the St. Pete Times did a great overview of the unique features of the building.

Because there is so much complexity to this art and it helps to understand the context and meaning, which are so tied in with what was going on in Dalí's life and the world around him, I recommend a guided tour. The museum has regular docent-led tours as well as audio guides. Both are free! The museum has a fairly pricey entrance fee ($21) so this is a nice feature that they should offer (there are senior, student, and member discounts as well as discount tickets available at AAA, which we purchased and also helped us avoid the ticket line). I got one of the audio devices and listened to most of the segments as we viewed the collection (and building, as the audio also talks about the museum's history and creation of this new building). Bryan didn't get an audio guide, but listened to bits of a docent tour which had started before we arrived. The crowds were a bit much on this fall Saturday and locals are probably better off choosing a weekday or weeknight (the museum has $10 admission Thur. nights).

This new building provides space for all the works to be on display at once, and I will certainly go back to spend more time exploring each one. This is the largest collection of his Masterworks and one can spend a lot of time soaking in all the detail and expression held in these intriguing works (to say nothing of reflecting upon his personal evolution along with the context of what was going on in the world and specifically the creative movements of the times). Our visit was truly enriched by the memories of viewing art from Picasso, Velasquez, Miro and others in Spain as well as immersing ourselves in the scenery and culture of Catalonia and Spain. If you can't have that context, you will still get a lot out of the museum but I would recommend doing a "mini immersion" by perhaps reading up on Dalí, Spanish history and culture, and the Surrealists or even watching some films or shows about Spain.

If you visit, plan some time in St. Petersburg beyond the museum. This is one of the nicest cities nearby, with a pretty lively downtown and waterfront. Feel a little Spanish by taking in a coffee in a local cafe or wine and a snack or meal at a sidewalk table (the museum has a cafe offering a small array of Spanish selections to get you in the mood). One of the other treasures in the area that I highly recommend is the Holocaust museum. I was surprised by the quality of this museum, which doesn't compete with the size of the D.C. Holocaust museum but is done very thoughtfully. It may be a lot to take in within one day, though. Instead, spend a night and explore the city and its many art galleries, the new Chihuly museum (another local treasure), the waterfront and beach and much more. Make that a few nights! 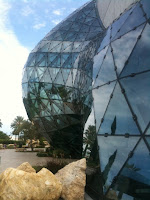 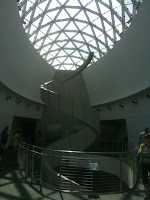 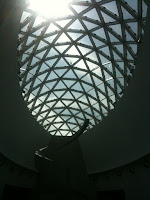 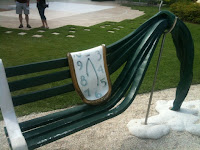