Luang Prabang is a place that will motivate night owls to rise early. You'll have to rise before the sun if you want to catch the alms giving to the monks. Despite the throngs of tourists, I still think this is a ritual worth observing and got up two mornings for it. As visit-laos.com shares, "as the sunrises in Luang Prabang about 200 Buddhist monks depart from their various temples to gather their daily meal. The tradition of alms gathering dates back to the 14th century, yet still today locals awake early to prepare the food for the monks and wait quietly by the roadside to give their gifts." 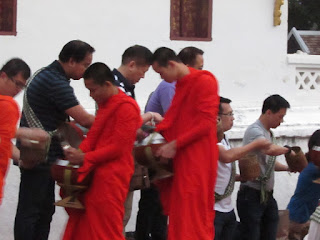 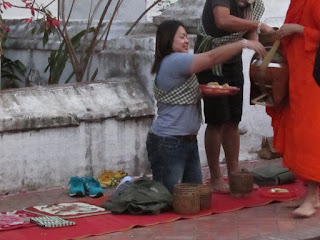 If you do go, don't get influenced by others' bad behavior. I was getting upset with the tourists sticking phones right up in the monks' faces, but I simply tried to stay unobtrusive while observing this tradition and channel some of the calm from the monks to let go of my feelings. As you can see above, a number of tourists/Buddhists from abroad did participate in giving alms or watched with great respect. Unfortunately, as you can see in the blurry picture below, others only cared about snapping the picture. 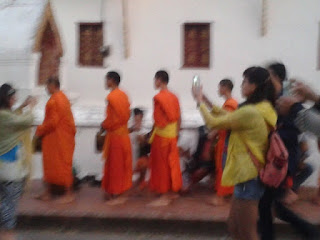 Since our hotel was just a short distance away, I had the chance both mornings to walk up the hill with some of the monks and observe locals waiting for them on the side streets. This was my favorite part...away from the vans dropping off loads of tourists. 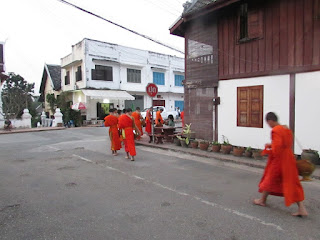 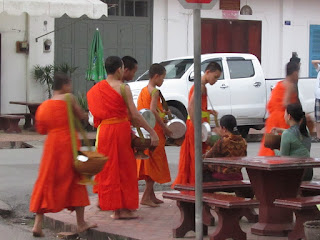 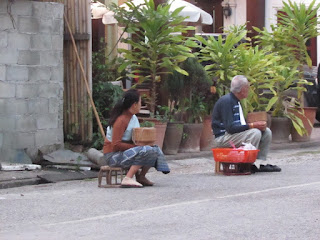 After observing the alms giving, it's worth taking a stroll around Luang Prabang to watch the town wake up. The mist over the Mekong makes the mornings look completely different than other times of day...really magical. 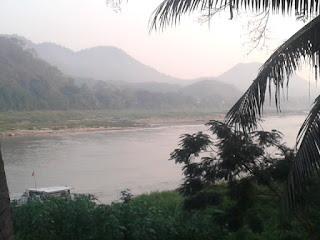 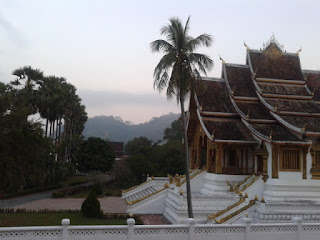 The morning market gets going bright and early too. I'll never pass up a chance to stroll along in a market...might as well if you're up this early! 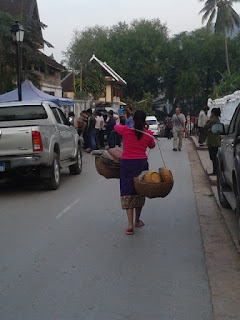 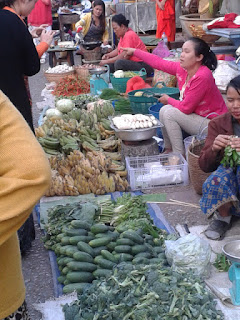 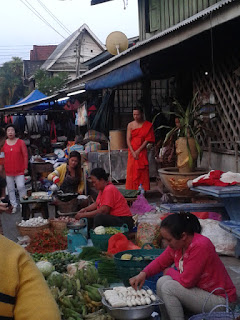 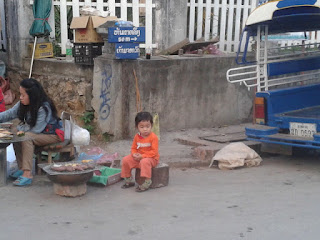 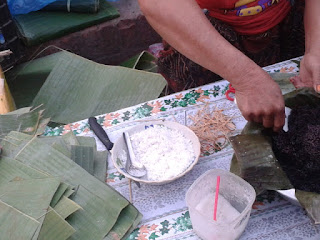 Besides the beautiful fruits and veggies, you can get a tasty treat to start off your day, but alas my abundant hotel breakfast was waiting (and with a view like this, it was worth getting back to!). 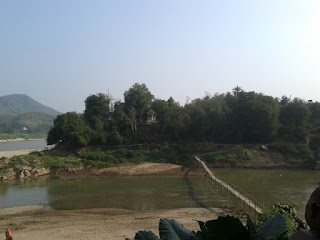 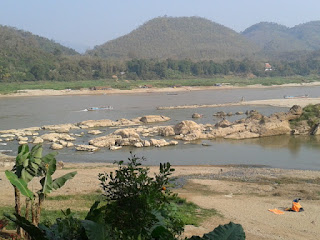