Six Years in Shanghai...Too Many Adventures to Count 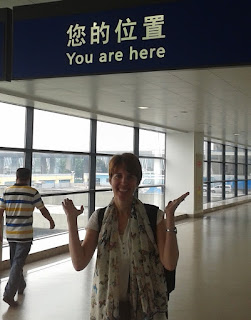 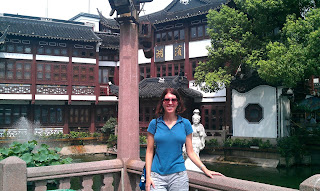 Sightseeing on our initial visit: Yu Gardens in August (boiling!)

The six years in Shanghai have flown by, full of new friends, goodbyes, travels, fun of all kinds, new jobs and exciting work, and the ups and downs of life in China. I'm so happy I documented my travels so well at the beginning and so disappointed I've stopped. But, on the other hand, I'd rather be soaking up all life has to offer than writing about it.

Recently, I was a guest on the Expat Rewind podcast. The host, Stephanie, is one of those new friends I've been lucky to meet in Shanghai. She attends the Podcast Brunch Club I run and we're also in book clubs and other groups together (there are so many more of these now than 6 years ago!). On her podcast, Stephanie asks people to read something they wrote online in their first year abroad and reflect back on it. I chose my post "The Ever Present ____ of China". You can hear my interview with Stephanie here:

This really got me looking back at the blog, thinking I should pick it back up, and generally reflecting on my adventures. I don't even know where to begin in covering everything I've experienced during this time. I've made great friends, visited almost every country in Asia, traveled around China's main tourist spots (and a few less visited), explored countless lanes in Shanghai, learned quite a bit about China and Shanghai, eaten at some of the most amazing restaurants in the world, and experienced all the ups and downs of daily life in Shanghai.

There is never a lack of things to do, people to meet and places to explore. I've really seen those opportunities (for a foreigner, in particular) blossom in the past few years. Scroll through meetup.com and you can find city walks, hiking groups, art groups, book clubs and something for nearly any interest. Each weekend an art group I'm part of goes on outings to various galleries and museums, never running out of new places to see. There are countless travel groups if you want to take anything from a day trip to a nearby village to a sojourn to Tibet and Everest Base camp with others.

This international city with over 25 million people has a pulse all its own. I live at its very heart, not far from East Nanjing pedestrian street, a neon-lined shopping street that's always crowded except at about 4-5 AM. People's Square, my neighborhood, is the city center and was the racing grounds back in the day when foreigners sat at the nearby hotels/clubs watching the races with their tea and cocktails. You can still see the array of art deco architecture from that time, mixed in with busy streets and double-decker tourist buses. On weekends, you can barely walk through the park as its so packed with elderly people advertising their children at the "marriage market". And, old-school, lively Shanghai shopping takes place one street behind my home. Older people doing their daily shopping come out early to find tonight's dinner among the tubs of live seafood, small vegetable shops and butchers. Street food vendors offer starchy, oily goodies to get you going for the day.

Colors, sounds, and a solid mix of old and new abound. One street looks like the future, the other a step into a China past that is slowly disappearing. Within one street you see sleek hotels, office towers and luxury cars on display and the bicycle repairman who's camped out to repair the more traditional means of transport.

Leaving for vacation means coming back to a changed city. You might find your favorite new restaurant has closed or perhaps the entire block of homes nearby is gone. You'll have 10-12 new restaurants to try, though, and plenty of new sites to see. Even long-held traditions and culture change at a pace you don't typically see elsewhere. Adoption of technology happens so fast, it skips over 3 or 4 iterations elsewhere.

Rules change too fast to keep up. You always have to assume they'll be different, ask lots of questions and persist.

The way the government can implement change astounds. We overlook a massive elevated highway and it used to be honking from dawn til midnight. I even said in my old blog post that this would never change. Never say never here. They started levying big fines for cars honking and made that problem disappear. Scooters, unfortunately, don't abide by those rules so it's still far from silent. Smoking is another impressive rule change. They had half-heartedly banned indoor smoking before, but then got serious about it. Importantly, they created significant fines for the businesses so they'd serve as enforcers rather than complicit rule breakers. Poof...the indoor smoking went up in smoke (for the most part).

Like so many things, this is an example of how China has shown me the subtle pros and cons of different ways. It's highly complex governing the world's largest population. I'm not condoning all of its behavior by any means, but living here does teach you not to judge so quickly. Or, with your own cultural lense, without taking the time to observe and learn.

I'm glad to be back to blogging, though I won't promise to keep it up. But, I'm hoping to do a couple more reflection posts before we leave. And, perhaps to document more of the trips which I've missed writing about here (there are tons of photos on Facebook!).

In the meantime, there are always more Shanghai adventures. 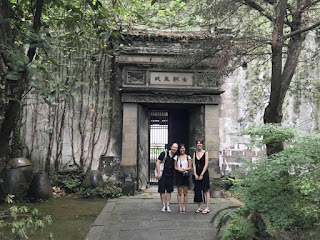 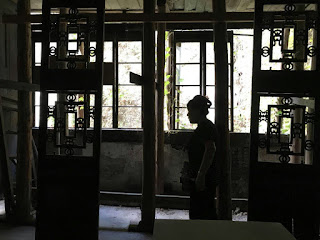 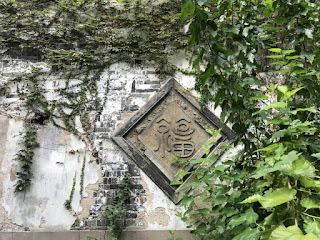 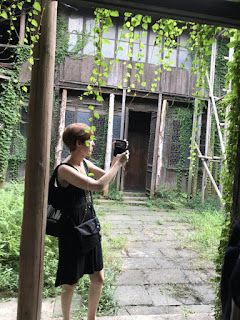