After our morning spent with the pandas and a refueling stop over some spicy Sichuan food (actually fairly mild to appease our wimpy tastes, but delicious nonetheless), we made our way to see what life in Chengdu is all about.  And, that life takes place in the parks.  There you will find huge numbers of people enjoying the tea houses, playing Mahjong and cards and generally enjoying some beautiful spaces.

We stopped first at Chengdu Biahuatan Park, which was a large, peaceful park with a great bonsai garden (each year there is apparently a big bonsai competition held here). 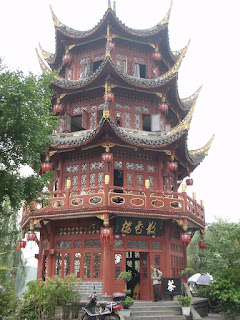 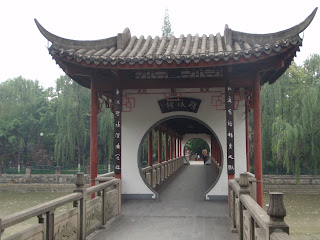 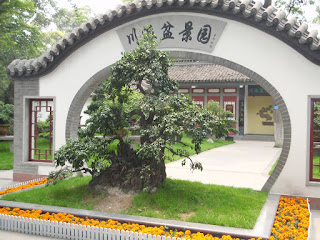 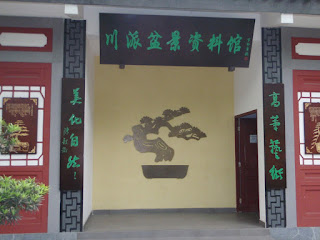 Chengdu and its parks are dotted with waterways, with lots of meandering bridges and spots to stop and feed the fish (koi fish have various symbolism related to good fortune and success, so it's possibly more than just a fun and relaxing activity). 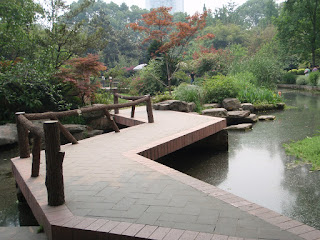 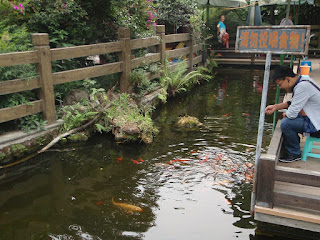 Outside the park, we walked along one of the old streets of the city with a bronze statue dedicated to the love story of a musician and dancer who performed here thousands of years ago. 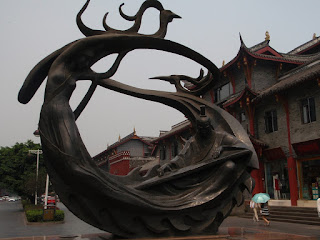 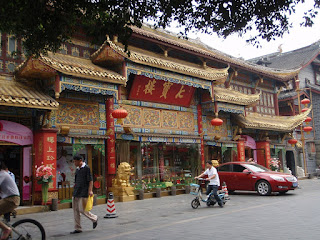 Then, we entered another park with plenty of spots to spend a relaxing afternoon. 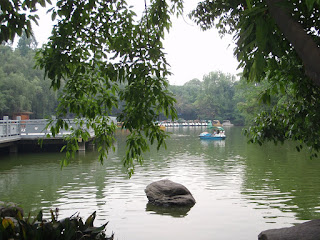 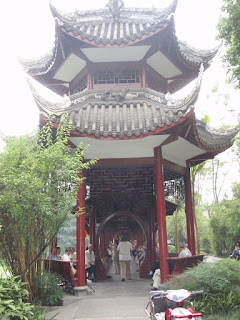 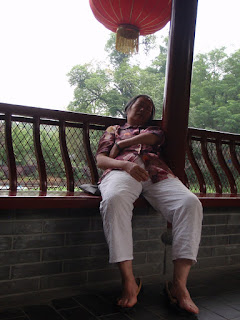 We left the park to visit a Taoist temple area next door.  Taoism and Buddhism have an interesting kind of coexistence in Chinese life and many people and traditions now take pieces from both.  Taoism is really more a way of living/philosophy of life (tao literally being "the way").  Some of the rituals you see observed in modern day life include the  food left for the deceased and gods during Qingming festival, the burning of joss paper and fortune telling. 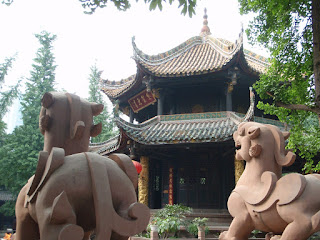 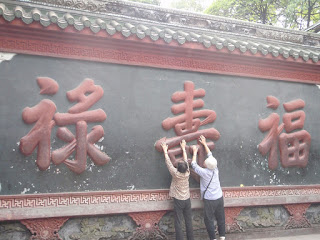 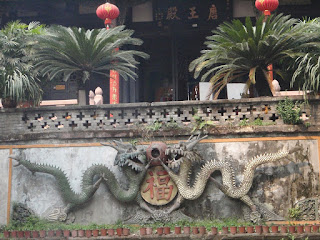 On our own the next day, we explored People's Park.  As our guide had indicated, you hear the noise as you get close to this park. There is a constant bustle of activity, though there are also tea houses and quiet areas.  Generally, this is where you go to be social.  And, you notice quickly that with all the park land in Chengdu most people prefer this loud, bustling spot.  I have to admit, the Chinese people have something here...I'd rather watch all the people and activity too.

When the noise gets to be enough, there are plenty of areas for a nice rest and spot of nature. 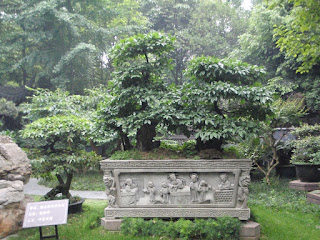 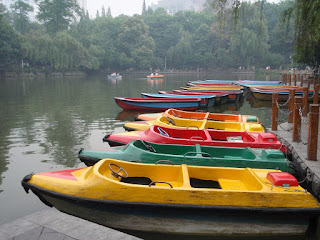 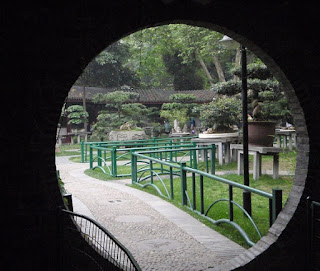 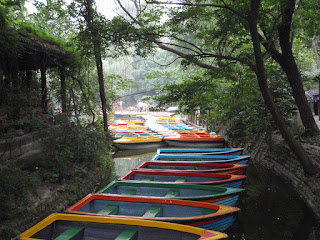 And, you can get your refreshment when the dancing or boating has worn you out for the day. 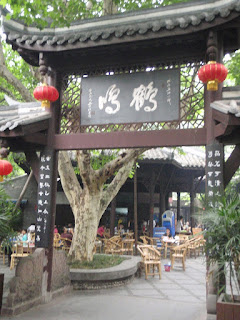 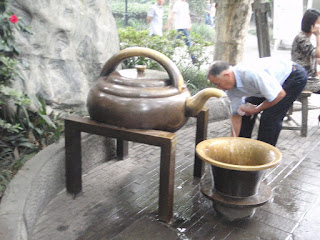 For a commercialized look at old Chengdu, you can go to Jinle ancient street which has been refashioned in to a tourism area.  It was still quite fun for a stroll, with various shops, plenty of crowds, and a nice food street area. 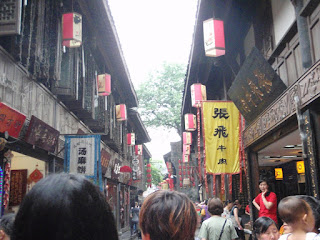 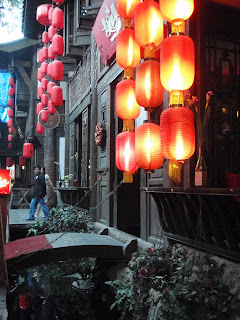 I am still regretting that I did not get a good, old fashioned ear cleaning while we were there though.  That looks like it would feel so good!  What do you think? 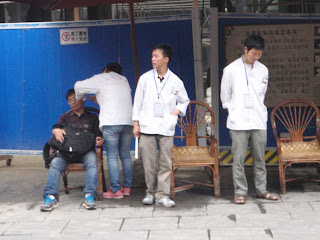