Seoul is a short jaunt from Shanghai, so we packed up for a quick three-day weekend trip recently. We rented a GREAT Air BandB apartment as a home base and had a number of fun and interesting activities lined up, along with a plan to just have a fun time exploring. We'll share more about all our fun (and delicious!) activities soon, but our first post is on a more serious note.

We had decided to get some important context while in Seoul by visiting the DMZ (Demilitarized Zone). There are various tour options available, and we did an afternoon tour focusing on the Panmunjom area/JSA (Joint Security Area) with TourDMZ. We got a bit of background (and important guidance on behavior while in the DMZ) from our guide on the hour-long bus ride from Seoul before stopping for lunch. Our first official stop was Imjingak park and the Freedom Bridge. This area was set up for visitors to be able to access the DMZ fairly easily and pay their tributes, remember the war, etc. You can see the many ribbons on the fence and notes about peace and reunification. 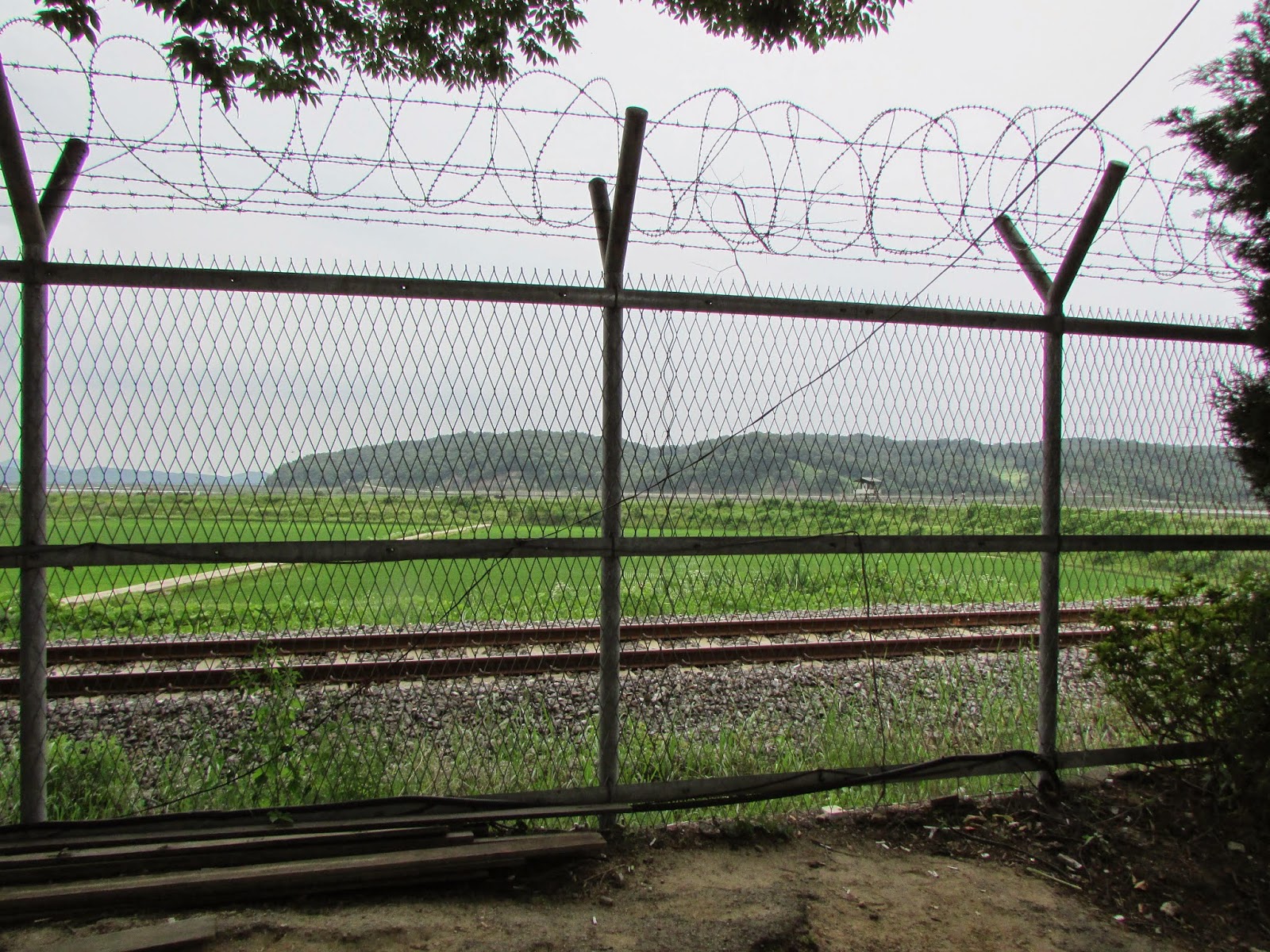 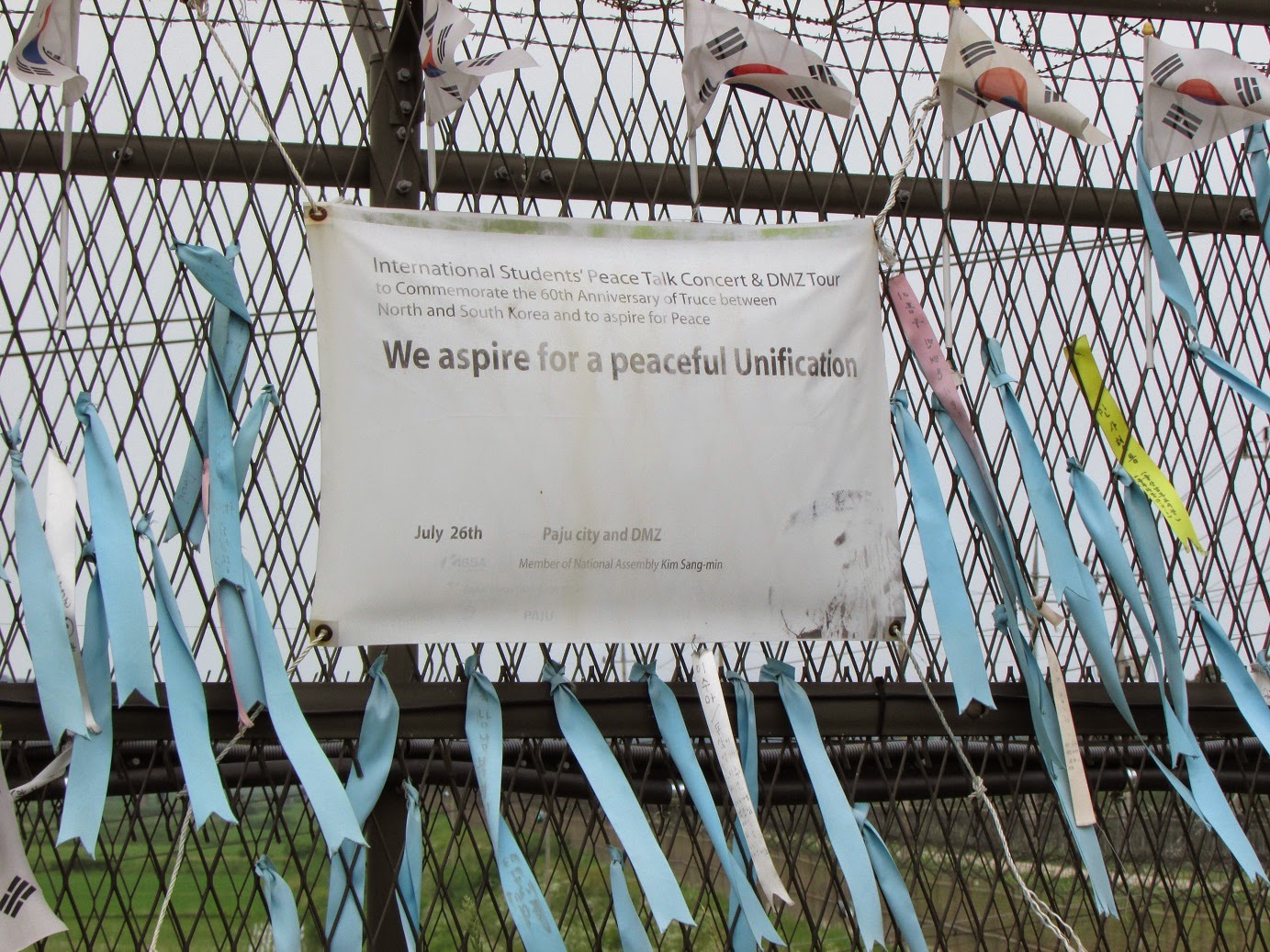 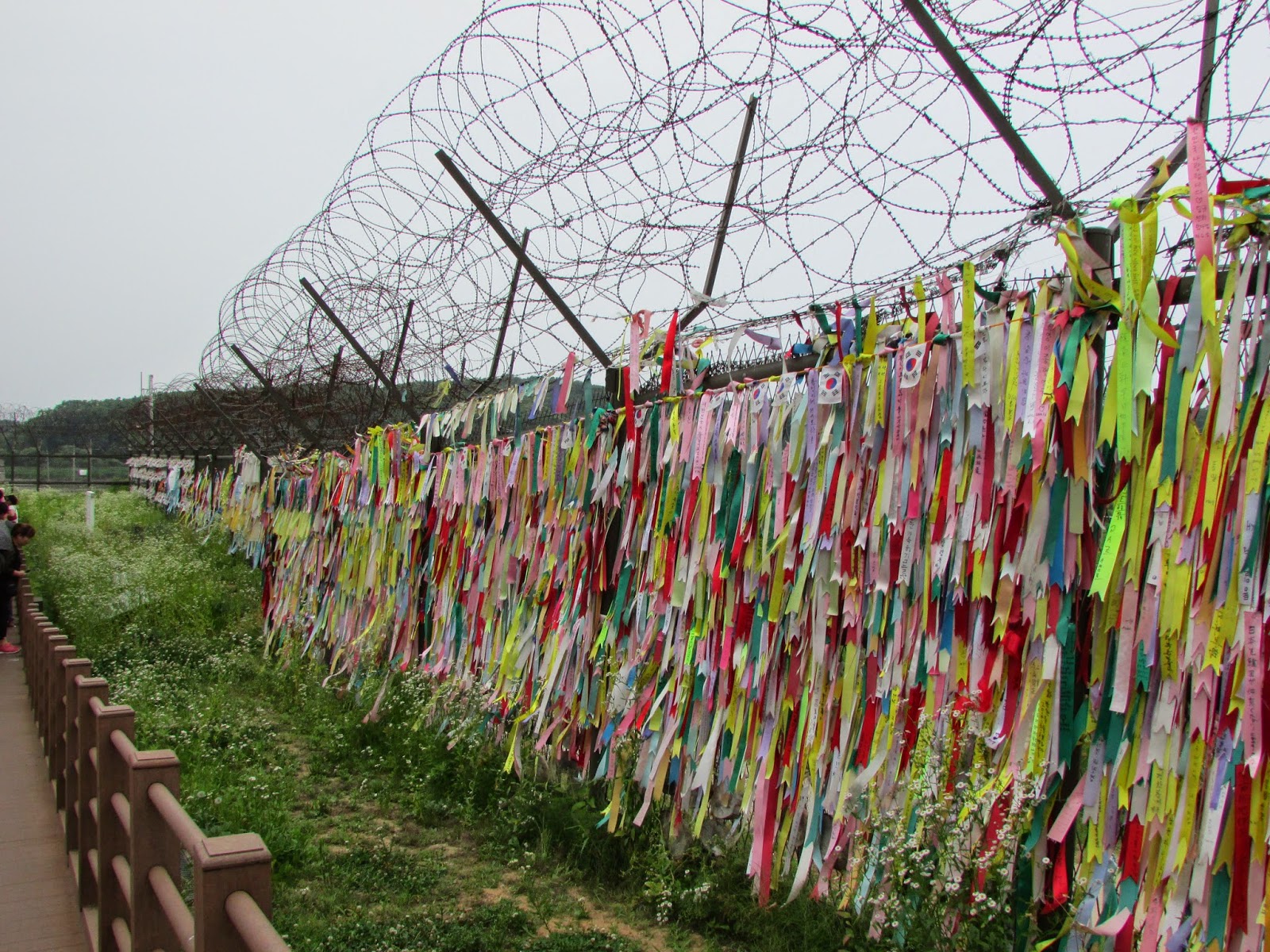 Next, we entered Camp Bonifas and the JSA. The JSA is used by South and North Korea for diplomatic engagements. It's the only portion of the DMZ where the two sides stand face-to-face, so it is a solemn and stark reminder of this ongoing conflict. 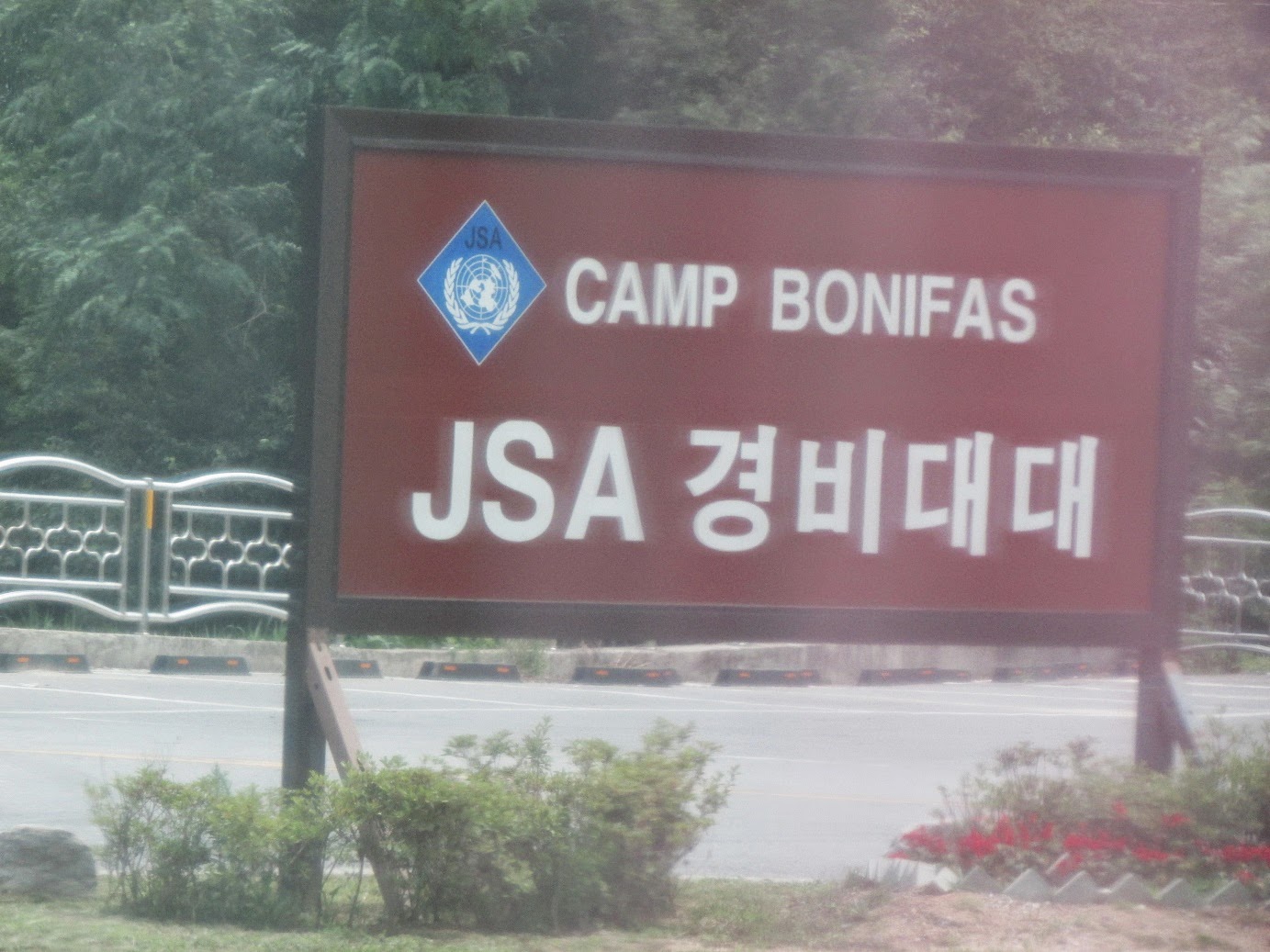 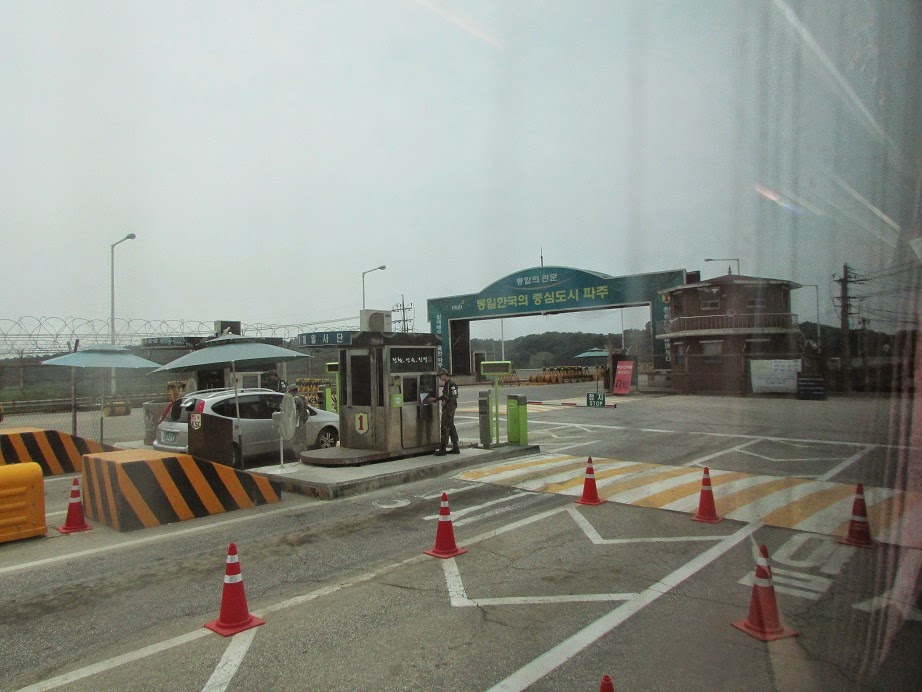 South Korean forces and United Nations Command run this area and we were given a briefing and provided with guest passes and asked to sign a declaration of the rules while visiting. The American presence is much lighter than in the past, with about 90% of the soldiers being South Korean, but we had an American soldier as escort throughout. 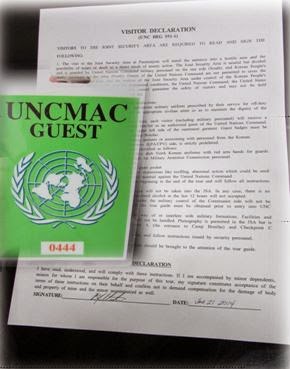 We learned a lot about Prosperity Village as well as some of the incidents that have occurred within the DMZ/JSA. These include the "ax murder incident" in which several United Nations Command soldiers were cutting back a tree in order to have better clearance on their viewpoint and were attacked by several North Korean soldiers. Two UNC soldiers were murdered. In another incident, a Russian national tried to defect while on a N. Korean JSA tour. The area is run very tightly and the tours are cancelled during times of heightened security, but the stories are clear reminders that this remains an unstable region (the night after our tour, a S. Korean soldier shot and killed several of his colleagues, which obviously was not an issue between the two sides, but clearly had the whole area on high alert). We were taken inside the conference buildings where the two sides have diplomatic talks. You can see the South Korean soldiers, who stand in a martial arts pose (and also stand with half their bodies behind the building to "make a smaller target" per our U.S. soldier guide). In this conference room, you are essentially stepping foot into N. Korea, though you don't get a passport stamp. We were permitted to take pictures and look around briefly. It is all completely surreal and pretty tense as they tell you both sides record and monitor everything in the building and you think about the discussions that have gone on here. 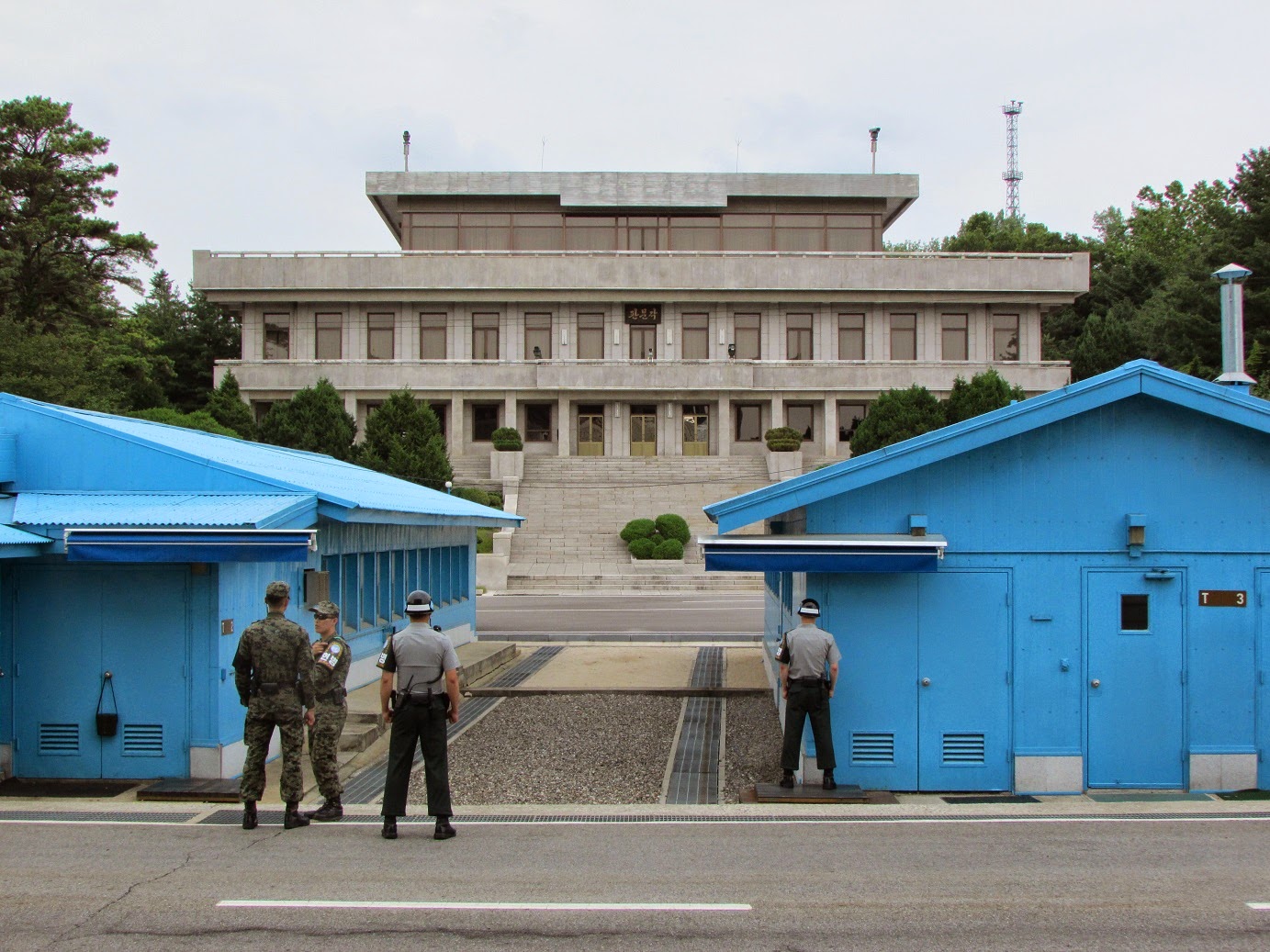 From outside, we were told more facts about the various building (being reminded once again not to point at anything or anyone). There is a "recreation" building for the North Koreans, which has no recreation equipment or much of anything (we were told this, clearly not something we could see on the tour). Apparently, on occasion, soldiers will be packed in to the room and apparently watch the other side and make provoking/rude gestures. Our group was watched carefully by the sole North Korean soldier standing guard on their side (according to our guide, there is always another soldier also watching from inside the building). 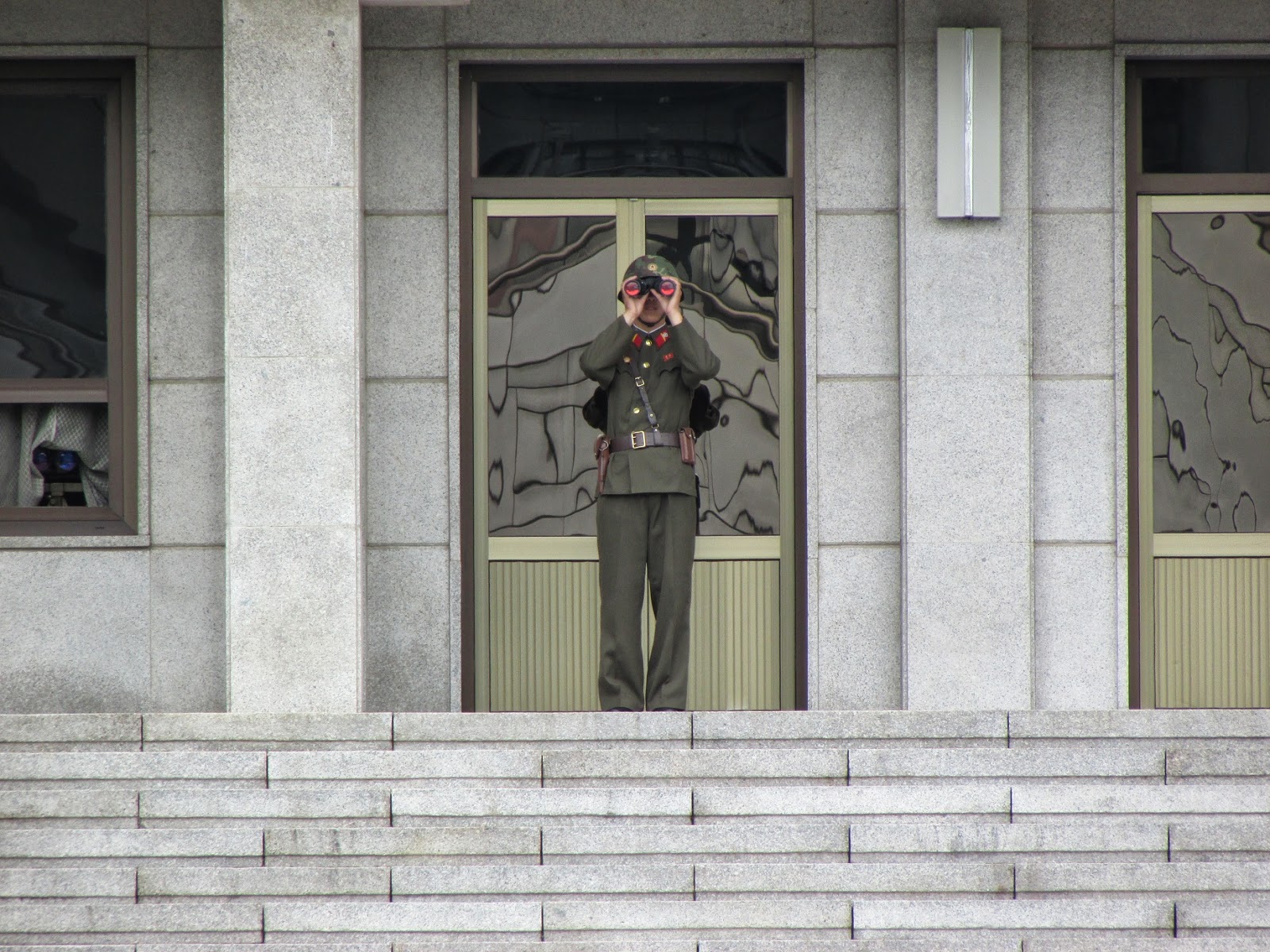 We toured around the area further on bus, with background on the area and incidents as well as better views of the two villages. We stopped to take pictures of what looks like nothing, but is the "bridge of no return" which was used for prisoner exchanges. It gets its name from the fact that prisoners were given the chance to remain captive or return home, but never be allowed to return. 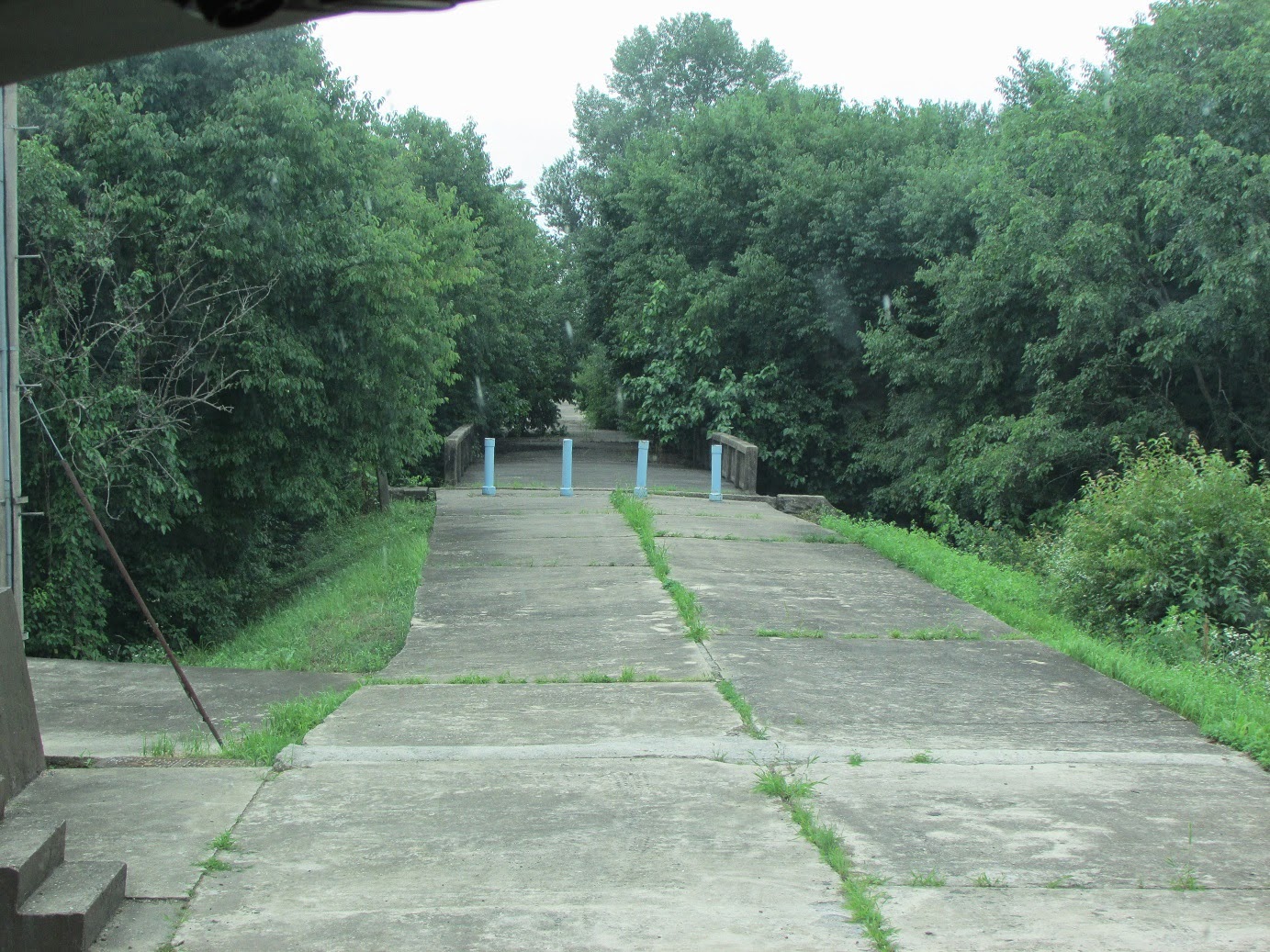 As we rode back into modern, bustling Seoul, there was a lot to process. I am happy we did the tour, as I have tried to learn more about the war, ongoing conflict and North Korea since being in Asia. It is one of the most puzzling and disturbing things in today's world (though there's a lot of competition for that honor) and I think it gave some important context to our visit to Seoul.

For anyone interested, I'm also glad to recommend some books on North Korea and I'll try to put some up on our site's Amazon recommendations.
Posted by Samie at 11:43 PM